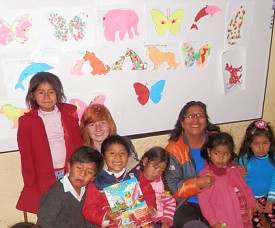 Debbie Smets was only with us at AMAUTA Spanish School in Cusco, Peru for 3 weeks, but she accomplished a lot within her short time here. Debbie begin her time with us taking Spanish classes for one week along with some private, Peruvian music classes, and continued to take private Spanish lessons during her two weeks of volunteer work in Cusco to improve her speaking abilities. Debbie is from Belgium and before coming to Peru she collected a large amount of money from friends and family to give to her volunteer project. With this money she was able to buy a lot of much needed materials for this small after-school program, including: paper and books for origami, fun games like Twister and Jenga, puzzles, and wooden blocks.

The volunteer project was so grateful and they showed their appreciation by giving Debbie a cute bracelet and a very nice book about Peru. Debbie said the teacher and kids were so thankful. “The professor really appreciated my donations and also the kids are so happy because now they can play some other games.”
END_OF_DOCUMENT_TOKEN_TO_BE_REPLACED 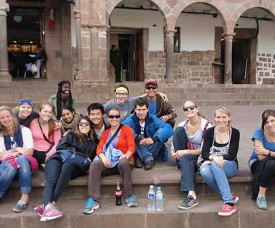 Last week I took an exam. Above the exam was written nivel avanzado (advanced level). I was proud to read that I apparently have an advanced level of Spanish. For years I doubted to take Spanish classes. I once took an 8 class course at home. Not much came out of that. Now years later, I decided to really go for it. I started following at AMAUTA Spanish School. Four hours every day. Now, 120 hours of classes later, I learned all the grammatical rules. Of course my Spanish is not perfect yet. I need to work on my vocabulary and practice a lot more with all the Spanish grammar. But at least I know what the rules are.
END_OF_DOCUMENT_TOKEN_TO_BE_REPLACED 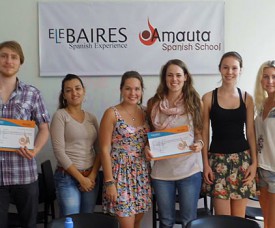 Arriving in Buenos Aires as a Spanish student you might feel a bit lost and overwhelmed by this big city. Of course the AMAUTA Student Service Coordinator can help you out. No question is crazy enough for our staff in Argentina. Also the host mum of your host family can tell you more about the ins and outs of Buenos Aires. Or, if you are not living with a host family but in the student residence in Buenos Aires, your fellow students are always willing to answer your questions. Getting prepared also involves a lot of reading about Buenos Aires. This link: http://www.dosmanosargentina.com/travelargentina/travel-tips/ Once ready to get your volunteer project or Spanish classes in Buenos Aires started and explore the city on your own, there are a number of apps that will help you making your stay in Buenos Aires as pleasant as possible.

This application shows how you can move from a to b with every possible way of transportation: train, bus, subway, car, bicycle and walking. Recommended!

This is an application that will guide you through Buenos Aires. You will find restaurants, attractions, hotels and more in this app. A great thing about this app is that it can also be used offline. It shows exactly where you are and if you are close to a good restaurant for instance.
END_OF_DOCUMENT_TOKEN_TO_BE_REPLACED

Volunteers in Cusco at anniversary celebration at Peruvian school 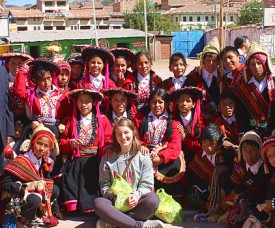 AMAUTA Spanish School and its volunteers in Peru had the opportunity to take part in an anniversary celebration with one of our volunteer projects in Cusco. It was a big event with lots of typical dance, great Peruvian food, and wonderful people. The AMAUTA volunteers were treated as special guest and allowed to sit in some of the best seats. This project – a school – loves its volunteers as they help out in various areas, such as, physical education, art, English, and math. The volunteers also enjoyed watching the dances up-close and learned from this new cultural experience.
END_OF_DOCUMENT_TOKEN_TO_BE_REPLACED 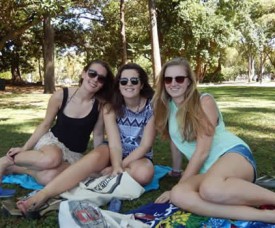 After signing up for your Spanish lessons in Buenos Aires it is time to start preparing your trip to Argentina. This is half the fun! Here are 5 usefull tips about how to best prepare your stay in the beautiful city of Buenos Aires.

1. Did you think you already knew quite some Spanish? Think again! Argentine Spanish is a bit different. The ‘sh’, ‘ll’ and ‘y’ are pronounced as ‘sh’ in “shop”. So instead of saying “yo me llamo” (my name is), Argentinans will say: Sho me shamo. It will be written the same though.
END_OF_DOCUMENT_TOKEN_TO_BE_REPLACED