Of course, we want our students taking a Spanish Course in Buenos Aires to visit all the highlights of this beautiful city. They should visit all the amazing places that are on most “What to do and Best things to do in Buenos Aires” lists. BUT this city has so much more to offer than only the famous cemetery of Recoleta or an old tango show! Buenos Aires spreads itself out deep into the countryside and across the River de la Plata, which means that there is a lot more in Buenos Aires than meets the eye. The capital of Argentina has a unique character in South-America because of the European influences and even more the Italian immigration. The city consists out of many neighborhoods that all have their special charm and this creates so much diversity throughout. This and much more makes this city a perfect destination for Spanish classes in Argentina. In this article, we will show you the alternative and astonishing side of Buenos Aires in 8 Alternative Things to do in Buenos Aires. 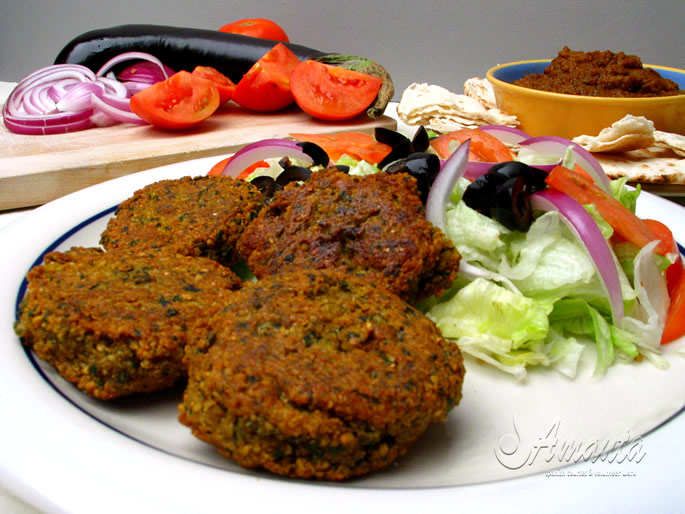 Argentina is a country for carnivores; everyone knows it. The quality of meat is amazing, the porteños (people from Buenos Aires) love it, and you will see that in their passionate preparation. But the gastronomy scene in Buenos Aires does not only exist out of grills and BBQ’s. There is a whole new world of cuisines yet to discover for you. Take the Armenian kitchen in the neighborhood of Villa Crespo. Tons of great Armenian restaurants serve delicious food such as hummus or falafel. Or choose one of the many fusion restaurants or vegetarian restaurants that are upcoming. 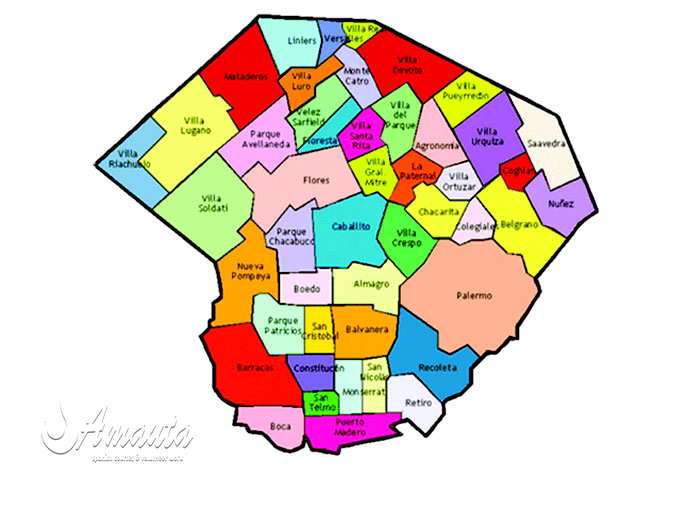 As mentioned before, the city is more like a gathering of many different little towns: the barrios! Throughout the years, neighborhoods, such as the charming San Telmo or the trendy Palermo Soho, have developed their own unique culture and atmosphere. This makes Buenos Aires one of the most exciting cities in the world. Pick a weekend or a day off and take the metro to one of these neighborhoods and just stroll around. Who knows what is yet to discover? What kind of people you will meet, what different architecture and maybe you will even find a different kind of food. 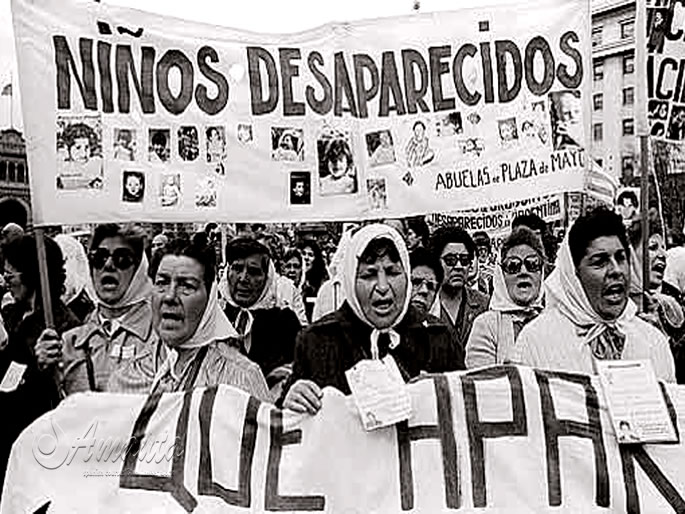 Another unique thing about Buenos Aires, the many different, large and small protests that happen on a daily basis. However, there is one manifestation that has been taking place in the same spot for over 40 years by now: the protest of the Mothers of Plaza de Mayo in the middle of the center of Buenos Aires. Around 40 years ago, in the 1970ties, many young people vanished due to the dictatorship. The mothers who lost their children because of it, still protest for justice on this matter every Thursday at 3 p.m. 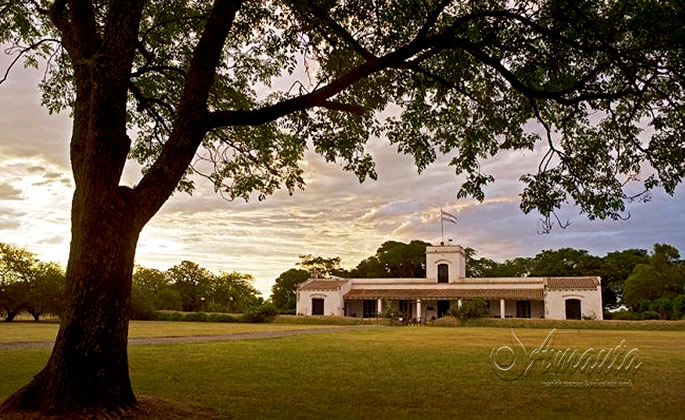 Sometimes, it’s nice to escape the fuzz and buzz of a large city by going to the country! San Antonio de Areco is a beautiful little town just 3 hours by bus from the capital. The countryside surrounding Buenos Aires, called El Campo, is famous for its cowboys who are names “gauchos.” These are men who ride horses and wear a tradition outfit such as a beret, poufy trousers, a belt and leather boots. This town is ideal to go to in November, because during this time, the annual Gaucho Festival takes place, which is a highly recommended festivity to visit. You can see all the locals gather having “asado’s,” drinks and the streets are filled with gauchos and horses. A real hidden gem! 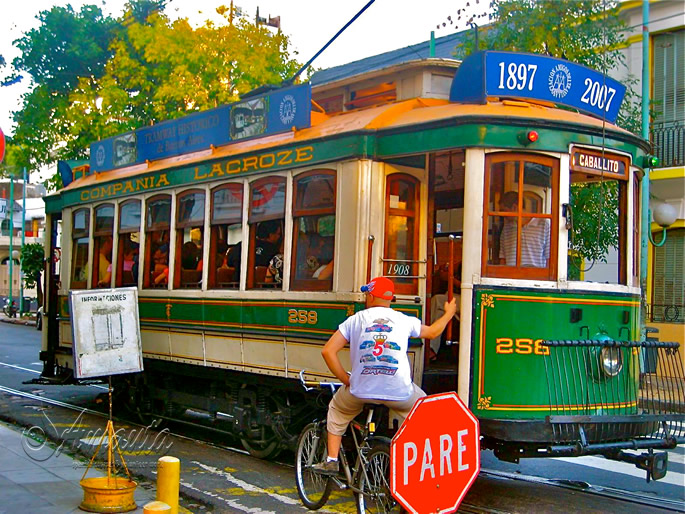 Not many people know that people in Buenos Aires used to travel by tram when using public transport. If you carefully, you may find some old tram rails here and there. Now the famous “Subte,” the underground metro of Buenos Aires, has taken over and the old fashioned tram system is no longer used. Except for one! When you use line A, there are still some old wagons that date back to 1913 that you can use. The cars are still wooden, and there even is a conductor to hold open the door for you! 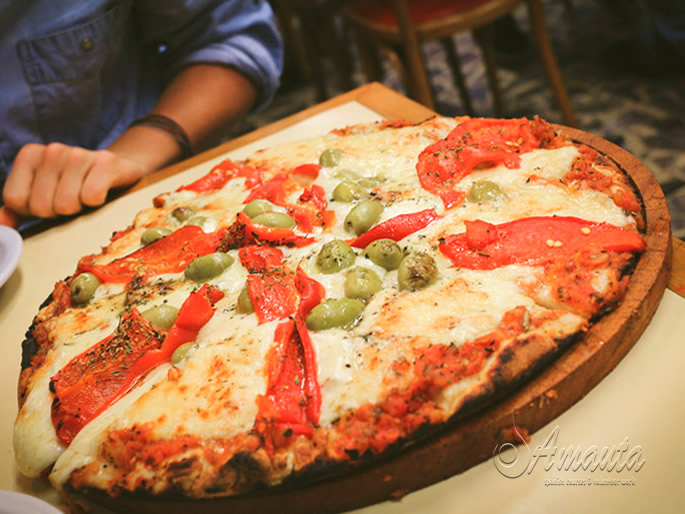 Okay, the porteños are not known for their great pizza’s, they seem more like a kilo of cheese with a little dough on the bottom. But (!), the famous Italian pizza bar Güerrin, located on Avenida Corrientes, is an experience on its own. The joint still looks like it was 30 years ago, with cute little seats, TL light, big pizza ovens, waiters in traditional clothing and pictures of the good old days hanging everywhere on the walls. The ambiance is super cozy, and the vibes bring you back to an old Italian pizza restaurant. Order a big pint of beer, served in a large plastic can and share a big pizza, believe us, that’s enough. 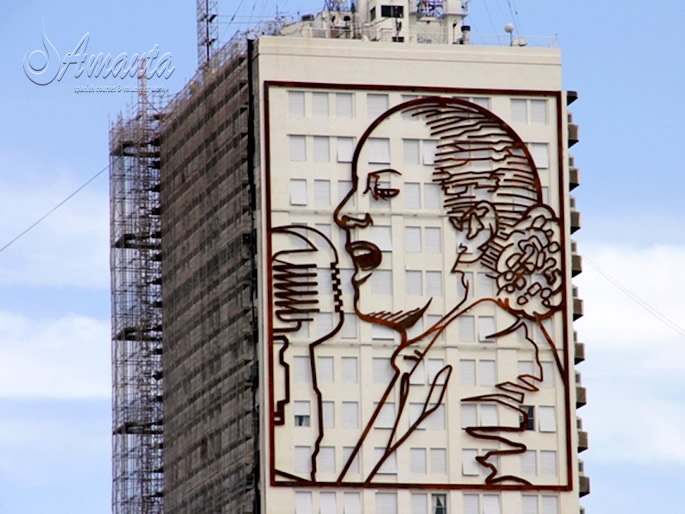 Argentina has a rich and profound history that still has effects on the daily lives of its inhabitants today! Especially the recent 50 years were unbelievably stirring and turbulent. It is important to understand Argentina and Buenos Aires as it is today by knowing what has happened that made it as it is now. Join the Buenos Aires Traces Walking Tour, and you will get an explanation of all of it, including Peronism and Evita Perón, the economic crisis in 2001, President Christina and much more! 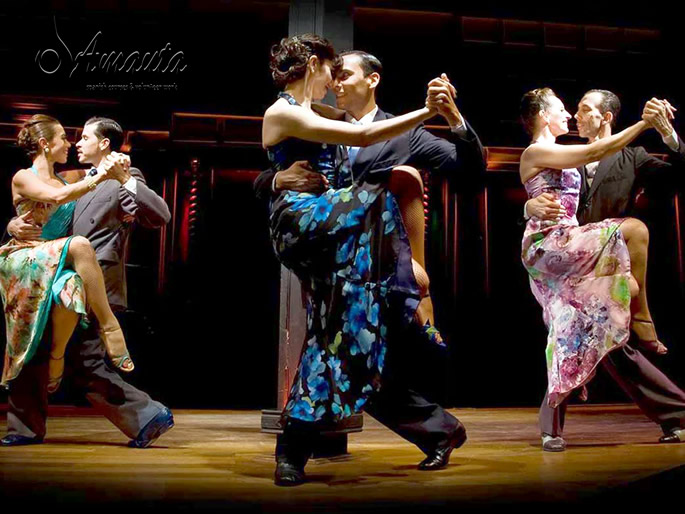 The old fashioned tango is beautiful, and a must see, or even a must do. However, the modern version of tango is just as elegant and impressive and less touristy for sure. Modern Tango has become a trend among many young people and admirers. Surround yourself with locals and passionate people at a modern tango show in Buenos Aires. There is one every Wednesday in club Atletico in the Abasto neighborhood. The orchestra that plays combines tango with jazz and rock!