The idea of cultural relativism can be beneficial when traveling to a new country. Especially when you go with the goal of learning the Spanish language and be immersed in the local culture, being flexible is a helpful skill. If you are on a Cultural Spanish Language immersion program in Peru, you want to do so with an open mind.

However, in spite of our best intentions to appreciate a different way of doing things, our natural inclination can sometimes be to get annoyed by certain things or at least laugh at what we are experiencing. Without a doubt, this happens to Spanish students in Peru too; just, because some things are too funny. 🙂

Peru has a rich history which has produced many beautiful things that need not one iota of cultural relativism to be able to appreciate. There are, on the other hand, several things which I, and many AMAUTA students learning Spanish in Cusco with me, have had to stop and scratch their head about.

Below is a list of eight aspects of Peruvian society that Spanish students in Peru often find a bit strange, funny and have a hard time reconciling. So keep on reading the observations from our Spanish Students and check out those

1. In a sea of traffic lights, the police still direct traffic 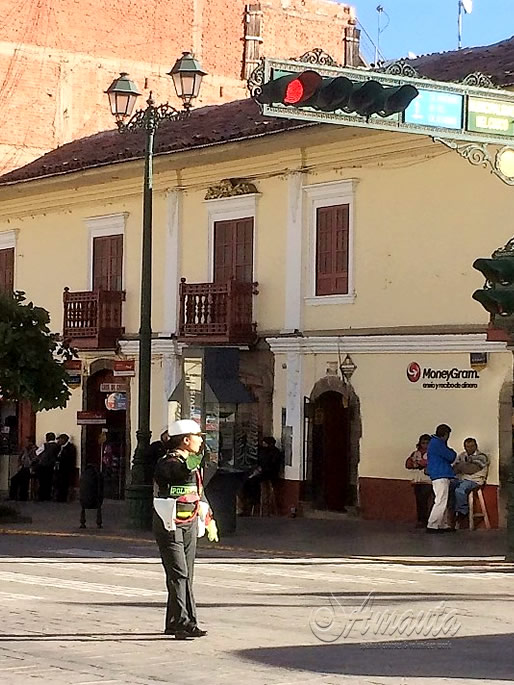 Yes, that is right. You may ask: why bother with the traffic lights? Well.. No one is really sure! But it seems that the two work together to provide some semblance of order on the streets.

Since traffic lights have not been around very long in Peru, some think the police presence has helped people adjust with the eventual goal of the traffic lights doing all of the work. As power outages also occur more frequently compared to some other places, police directing traffic also acts an excellent safeguard to avoid major traffic jams and accidents when an outage occurs.

2. It is crucial to NOT throw toilet paper in the toilet 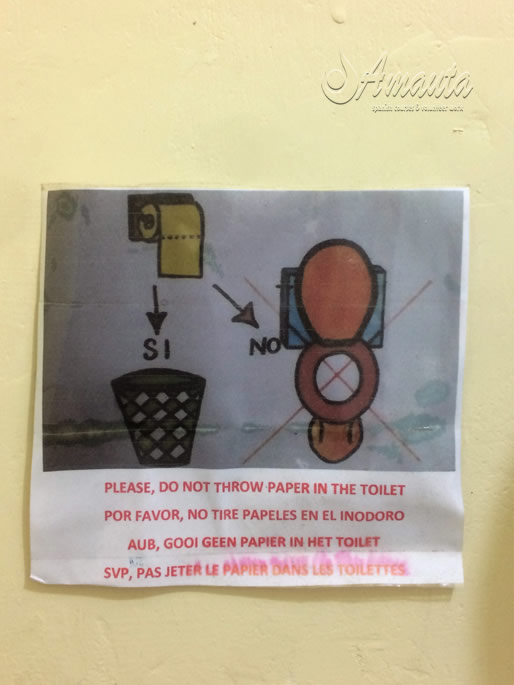 One of the first things pointed out to any traveler In Peru, whether verbally or in the form of one of the thousand signs I have seen depicting the same action, is to NOT throw toilet paper in the toilet. The sewage pipes are not designed to process the toilet paper along with the waste which can lead to an unsettling and altogether embarrassing situation!

3. Liquids in bags rather than bottles 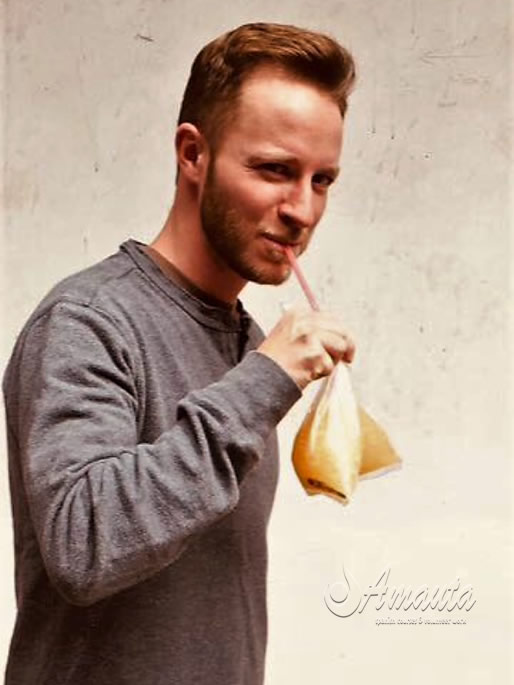 While you will commonly see Peruvian people sipping liquids from a bottle, it is almost as common to see it being done from a bag. Plastic bags are cheaper to sell for just one-time use, and it probably proves to be more environmentally-friendly due to the lack of recycling plants in the area.

Everything from chocolate milk to “quinoa con manzana” to “emoliente” (a favorite warm drink amongst locals in Cusco offered on the street), is sold in these little bags. You see this especially during the morning hours. 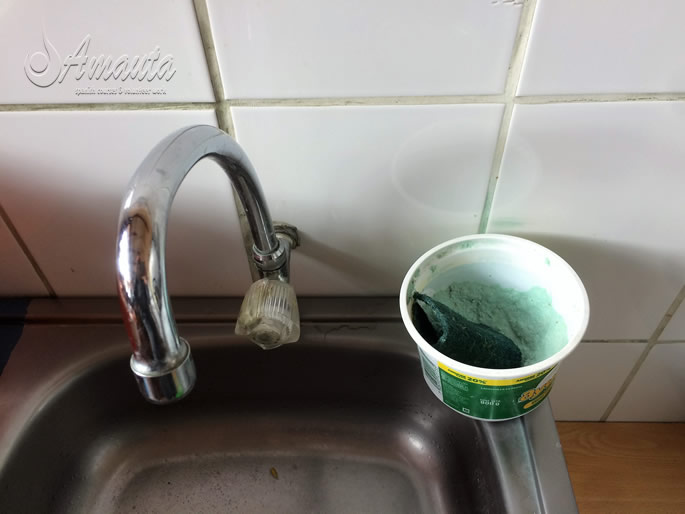 I hate washing dishes, so it makes little difference to me whether the soap comes in paste or liquid form. But many travelers to Peru and students here at AMAUTA Spanish School Peru find the soap paste strange.

However, it’s better for washing dishes. Hot water is not readily available in sinks in Cusco so the paste does a better job to loosen up the grease and food that can be tough to clean.

Funding is often precarious in Peru which can pose somewhat of an issue when deciding to create new buildings. As a result, the foundations for a future floor or floors, including the rebar that sticks out the top of the building, are put in place well beforehand during the initial stages of construction when there is funding to do so. It may not be very aesthetically pleasing, but it is economically much more sustainable. 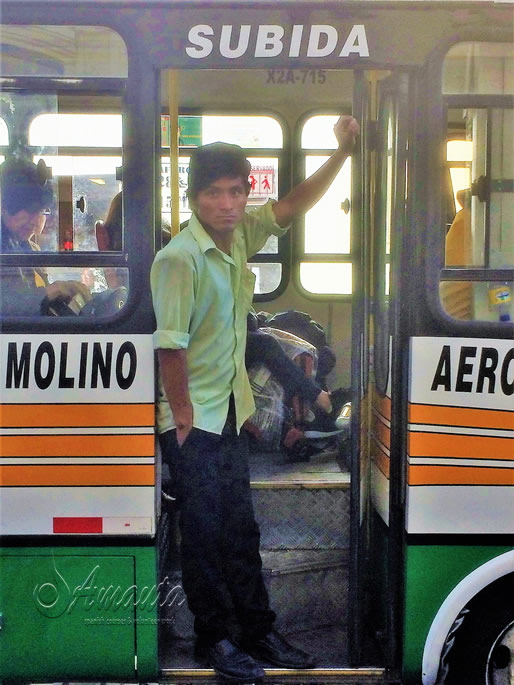 Riding the bus in Peru can be kind of a thrill at first, and much of this feeling comes down to the intensity and fast-paced nature of this experience. Spanish students who are living with local host families, know what I am talking about.

Competition among bus companies is fierce, and there is no time to slow down……sometimes even for the elderly! It is essential to get a competent cobrador, or money collector, preferably one with a loud voice who can sell the route and can count……quickly. It eventually becomes white noise, but the cacophonous phrases uttered by these lovely hard-working people will add to the jarring sense of culture shock that many students and volunteers here seem to sense here in Cusco at times….. “Sube sube sube…baja baja baja…..…nadie? Lleva!! ”

While maybe not so funny, or even weird, it is interesting that some major streets in Peru are named after important dates in Peruvian history. This can be confusing at first and sometimes makes it hard to remember the street names; but also provides you with an excellent history lesson if so inclined to learn.

In Cusco, for example, one of the major streets is 28 de Julio or Peru´s Independence Day.

8. No beer, belts, or beverages are allowed the football stadium. Wait, no belts??

The first time I went to a football match in Cusco I really hoped that I was going to be able to find a seat. On my way in, a lady came up to me with a bag of belts. While I appreciated the offer, I kindly told her that I was not interested in buying any of her belts.

She then explained to me that I was not allowed to bring my belt inside the stadium and offered to hold on to it for me in exchange for a small fee. This is apparently for two reasons: it prevents people from throwing their belt on the field, and it stops people from beating each other with their belts. I happily handed the lovely lady my belt and proceeded to hold up my pants for the rest of the match.

Do you want to read more funny stories and student experiences in Cusco?
Read: Seven Questions I continue to ask my self since Arriving in Cusco.