Especially on Sundays millions of people enjoy the games happening. My local friends here told me that if a family member switches teams, this can cause rifts in the family, possibly even leading to divorce! And be careful not to make jokes about a team in front of a supporter; this could land you in some serious trouble as it’s likely to be taken seriously. 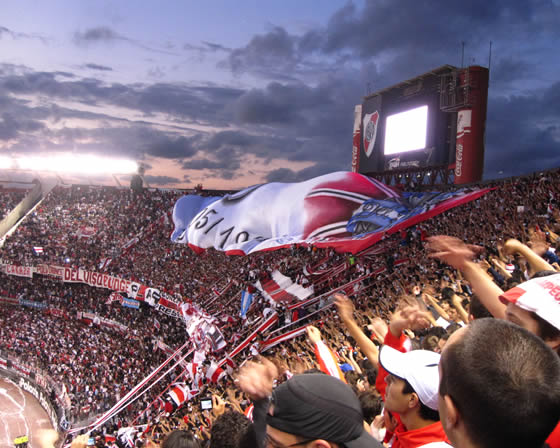 One of the most popular teams in Argentina, the Boca Juniors are well known for their all-star player Diego Maradona. Founded in 1905 the Boca Juniors’ home stadium is located in La Boca and named La Bombonera, because of it’s shape resembling a box of chocolates. La Bombonera has capacity of 49,000 people and the fans are known as the Xeneizes. Xeneizes means: the Genoese, as the team was actually founded by the Italian immigrants (mostly Genoese). 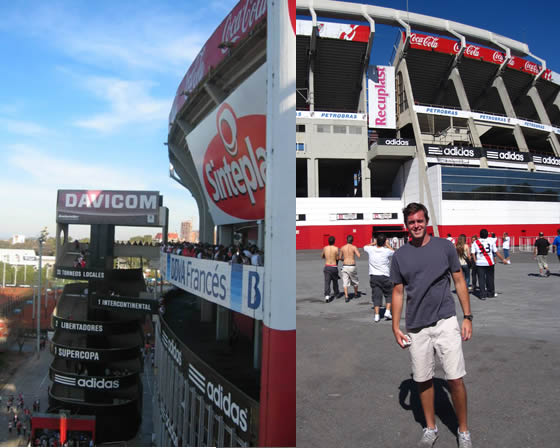 Both clubs being in and from Buenos Aires adds to the tension, which can make for a very excited game! If you find yourself to be in Buenos Aires this weekend, expect to hear the roars from the Barra Brava playing drums, trumpets and singing the entire game in support of their team. Because this Sunday October 6th 2013 Boca Juniors and River Plate will play another match, a Superclásico, at the Estadio Monumental.

The game tickets are one of the most sought after tickets each year in Argentina, as people come from all over the world to watch. And aproximately 70% of all football fans in Argentina will be tuned in so don’t miss out! It’s one big party with lots good vibes or “bueno onda” , as they say in Argentina. 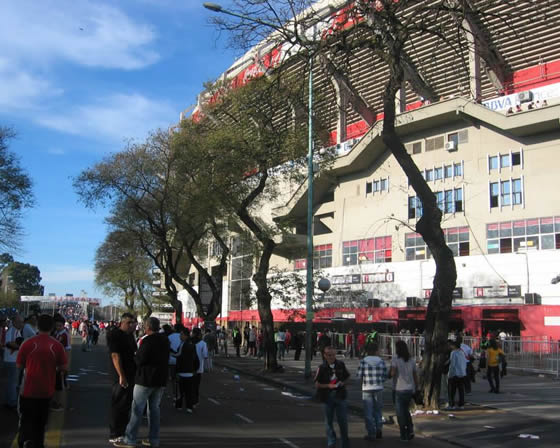 6 thoughts on “Football Guide for Spanish students in Buenos Aires”