Both the official and non-official ways of buying a SUBE card cost the same  – so we recommend purchasing your SUBE card the official way. Now you can put money on your card at any kiosk with the SUBE card logo. They are located everywhere in the city, so it is not hard to find them.

So now we start our travels in the Argentine capital Buenos Aires.
By Bus
The first reason  to have a SUBE card (apart from it being cheaper): without the card, you have to pay with coins. And as there is a shortage of coins in Buenos Aires, this may pose some problems and you might end up paying much more: if you do not have exact amount, you won’t get any change because the bus drivers do not have coins! 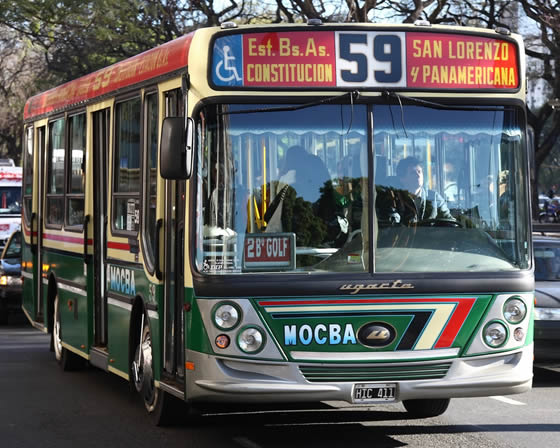 When you are waiting for the bus you need to know that the drivers don’t stop automatically, so you will have to stick your arm out to indicate that the bus needs to stop. Before taking the bus, please familiarize yourself with a map of Buenos Aires. Make sure to be attentive while riding the bus. The names of stops are not called out, and street signs are not always readily visible – so be alert and prepared for your stop! Don’t forget to push the button near the doors that rings the bell when you want to get off. This site will help you to know which bus you need to take: http://mapa.buenosaires.gob.ar

By Train
You probably won’t need to take the train very often. As a tourist or Spanish student in Buenos Aires, you can take the train to visit the beautiful Tigre and the amazing Delta (also known as the Venice of South America), or maybe some other beautiful sites near Buenos Aires.

To take the train, you can pay with your SUBE card OR with cash. The train is a cheap and easy way to travel, but it comes with one principal disadvantage: you can’t trust the timetable. 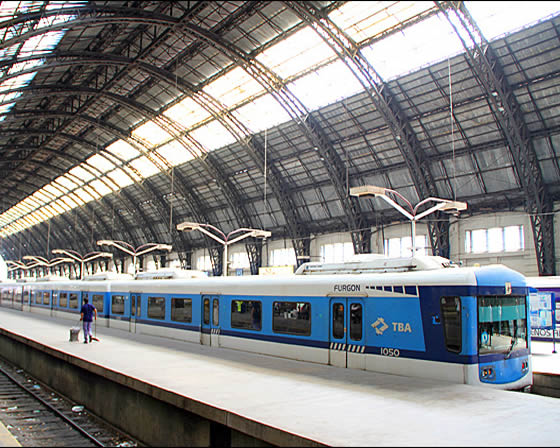 By Subte (subway)
Everyone loves the subte! You will probably use the subte a lot, as it will take you basically anywhere in Buenos Aires. The Subte contains six different lines (A,B,C,D,E & H). It’s is fast and efficient; there is no need for a timetable, and you´ll never have to wait long. However, find out how late the last trains depart in the evening; some subte stations will be open all night, so if you are not aware the last train has passed by, you could be waiting for a looong time… ! You can familiarize yourself with the subte schedule using this site. http://www.subte.com.ar/horarios/horarios.asp

The line you will probably use most frequently is the green line D (la linea verde), as this will take you from Palermo, Recoleta or Belgrano to the city center (el microcentro). This is also the line you need to take to and from AMAUTA Spanish School. Try to avoid rush hours (8:30-10am and 5:30-7pm) because they will be insanely busy! If you take a backpack, put your bag in front of you – don’t leave it on your back! Better to be safe than sorry. 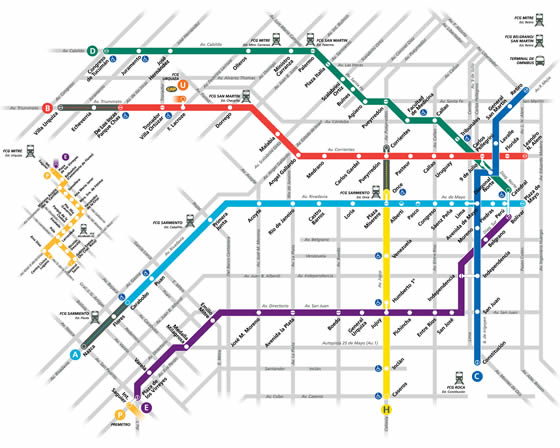 By Taxi
Even with all of the public transportation options available in Buenos Aires, travelling by taxi can come in very usesful, especially when travelling at night (the subte runs till aproximately 22.00). Taxis in Buenos Aires are very cheap and easy to use.

How to catch a taxi in Buenos Aires? In this city with almost 40,000 cabs it won’t be a problem to catch one. You can either hail one on the street, or use the RADIO TAXI system. All you have to do is call the taxi company and they´ll send you a cab in a few minutes; this service only costs an additional ARS$5.  During night hours taxis can be 20% more expensive. Interesting Spanish lesson: in Argentina, a taxi is called a “remise”.

7 thoughts on “How to Use Public Transportation in Buenos Aires”