Mister Barolo and Italian architect Mario Palanti, were both big fans of Dante´s work. Therefore, they decided to dedicate a whole building to him which became the Barolo Palace in 1890, with Dante as their true inspiration.

Palacio Barolo is designed according to one of the most famous of Dante´s poems: The Divine Comedy. In this poem, Dante divides the world in to 3 sections: hell, purgatory and, of course, heaven! Surprisingly, this is exactly how the palace is built. The big hall downstairs represents the division of the underworld and the 9 entrances are supposed to be the gates from hell. 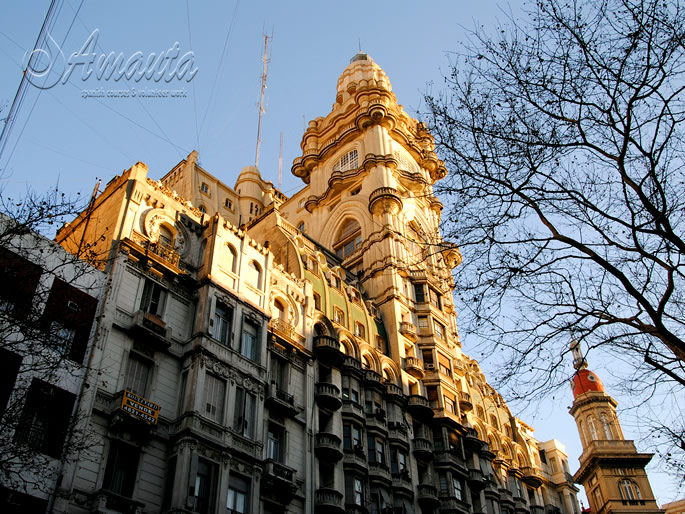 Porteños often use the expression: ¨hell is open for everyone to come, at least in office hours¨. Furthermore, the elegant elevators that start from that hall represent the 7 sins. So next time you come to Spanish classes, consider taking the stairs…… Thankfully, there is a way out. If you go up to the lighthouse, that is only attainable by one single elevator, you will finally enter heaven. This lighthouse represents the divine light of God.

Palanti has done a good job in his work since he perfected every single detail. The building is 100 meters: the same as the 100 chapters of the Divine Comedy. Barolo Palace has 22 floors, which are based on the same 22 stanza´s in Dante´s famous book. Palanti even thought about Argentinean Independence Day on the 9th of July. He built a Southern Cross Constellation on the lighthouse, which is on the same day!

Nowadays, Barolo Palace is a national historic monument (since 1977). Another interesting tip: did you know that Barolo Palace has the same basic style as Palacio Salvo in Montevideo, the capital of Uruguay, also designed by Palanti? 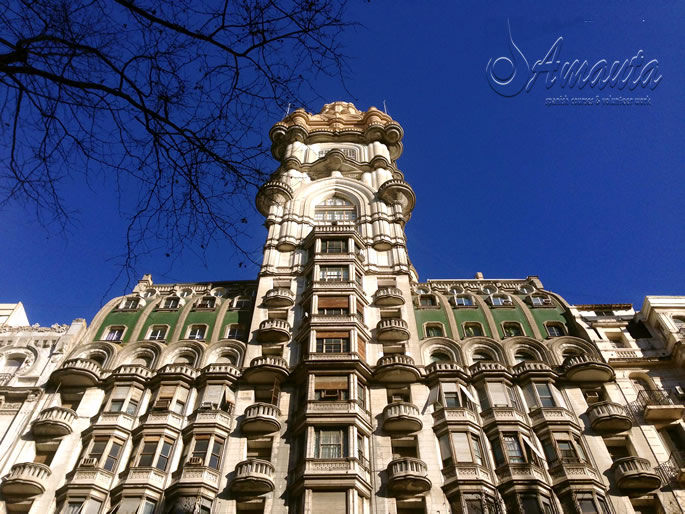 Barolo Palace is located right in the microcenter of Buenos Aires, on Avenida de Mayo. At first sight most people often think it looks more like a Buddhist temple than an actual palace. Or, than a Spanish School Remember we are located on the 3rd floor!

So if you want to go on an epic adventure and if you want to reach heavenly paradise, register for your Spanish classes in Argentina now and make the journey through the History of Palacio Barolo!