The days before All Saints ’Day and All Souls’ Day (November 1st and November 2nd) are full of traditions and travelers to Peru. Our Spanish students attending AMAUTA these days, will feel a magic atmoshere in Peru, especially in Cusco and the surrounding Andean communities.

The celebrations are all rooted in the belief that the souls of deceased relatives come back to visit earth these days. The colorful traditions, mixed with the celebrations of the Anglo-American Halloween, make it a week full of celebrations to live and to experience. On top of that, in Peru October 31st is also the Day of the Cancion Criolla.

Both All Saints’ Day (Todos los Santos) and All Souls’ Day (Dia de los Muertos), are dedicated to the memory of the dead. The worship of the dead was a common and respected custom during pre-Hispanic times in Peru. The Incas had a strong connection with their deceased so when the Spaniards arrived, the Inca traditions combined easily with the Christian elements brought by the Spaniards. And that’s why still today, those days of honor to the death full of traditions are still very lively in Peru and other Latinamerican countries. 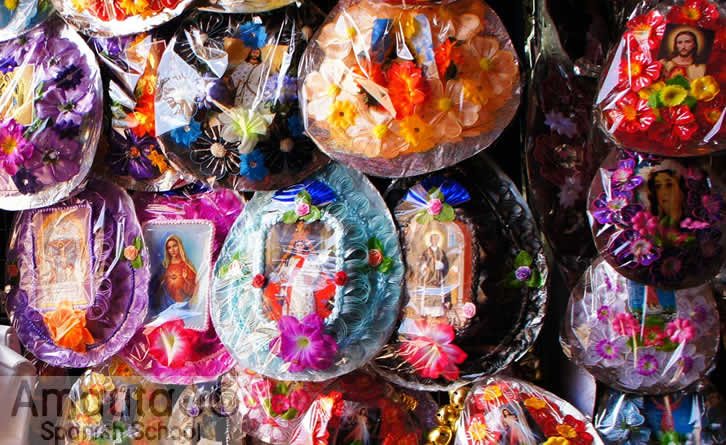 On the principal day, most Peruvians go to Mass first. After that, many go to the cemeteries with flowers and, especially in the Peruvian highlands.

In Cusco, the local people go to share food and music and spend some time with the soules of their beloved. It is believed that on this particular day, the dead are coming back and it’s important there is enough food for them and that there are happily participating in the fiesta.

People really share their meal on the grave of the deceased relative. They even leave some food behind for the deseased to take, when the party is over. The traditions come with a lot of music, the smell of lovely food such as the typical lechon (roasted pig), many baby breads, beer and wine. 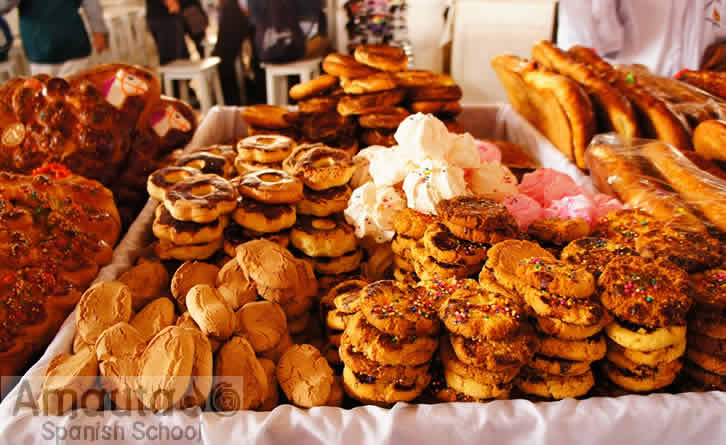 This week, the days before the big celebration, it’s worth visiting a local market such as the San Pedro Market in Cusco where you can see a large selection of typical bakeries, especially the famous T ‘anta Wawas (Quechua for: bread babies; T’anta is bread and wawa means baby). Those “bread babies” were originally made to represent children who have died in the past. Next to the bread babies, you will also see a lot of bread horses.

The “pan wawa”, as there are commonly called (mixing the Spanish word “pan” (means: bread) with the quechua ‘wawa’), are decorated with colorful faces (‘caritas’) and other ornamentries and the horses represent the trancend from Pachamama (Mother Earth), to Alaxpacha, a superior place where the moon, stars and the sun are. 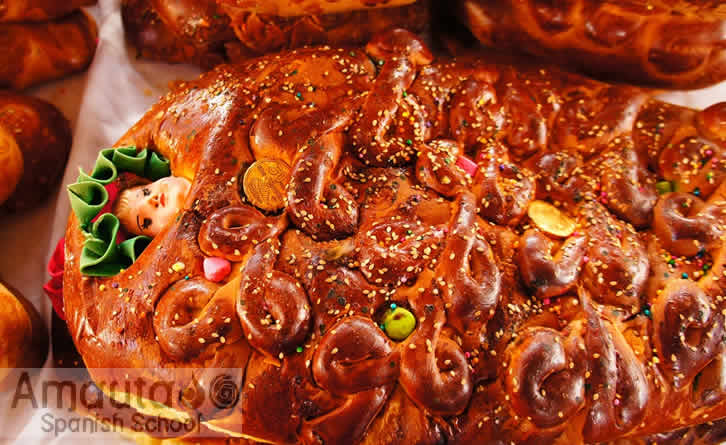 Local Tradition: the baptism of the Pan Wawa

The Peruvian kids in Cusco love the special breads! But the Peruvian adults love them too! In Cusco there is a funny tradition called the Baptism of the Pan Wawa. Many families but also clubs and organizations organize a batism like this; a friend or relative goes by priest and celebrates a traditional batism ceremony! Of course this all comes with a lot of food and drinks!

Spanish students living with their host families will be immersed in Peruvian culture this week and have a very rich experience.

The teachers at AMAUTA Spanish School celebrates a Batism Ceremony as well, make sure you don’t miss it! 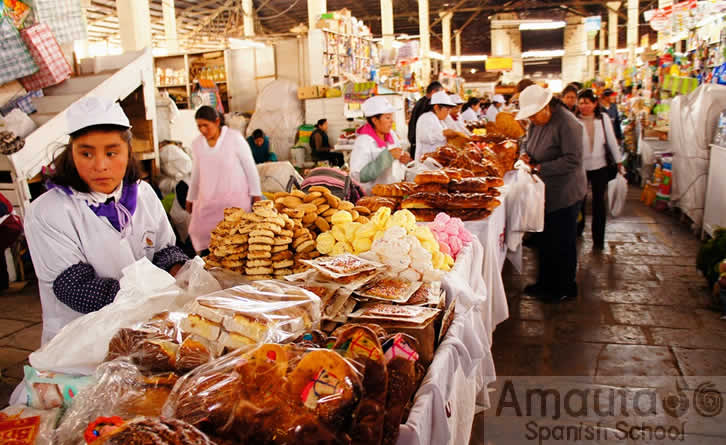