I’ve been at the AMAUTA Spanish School in Cusco for a few months now and observing Spanish students hasn’t gotten boring yet. I still find it fascinating how most students start at this Spanish school in Peru not speaking a word of Spanish and leaving being able to express themselves in Spanish. Old people, young people and everything in between continue their travels in Peru talking in Spanish, in the language they found impossible before.

My friend Isabelle came to visit me. She took 1 week of Spanish classes in Cusco and even in this short period of time she learned a lot. When I met her last year in Colombia, she hardly spoke a word of Spanish. I had to do all the translating. She went home and I stayed in South-America.  Here in Cusco,I figured I had to do the translating again. We were at a market and she wanted to buy a necklace. When the bargaining began I started translating what the salesman was saying. Even though she only studied for 1 week, she didn’t need my translation. She just said: “yeah, yeah I got what he was saying”. I didn’t know she had improved that much. 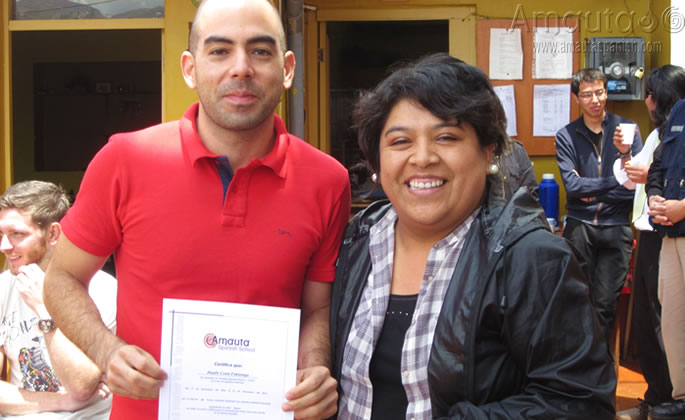 Of course, her Spanish is not fluent after taking 20 hours of Spanish classes. At times, that is reason to laugh. Getting out of a bus once the ayudante (bus driver’s assistant) told her: ”Falta pagar”. Her answer was: “yes, yes”, thinking he asked her if she had paid. What he was really saying was: “You didn’t pay/ the payment is missing.” So her answer of saying “yes, yes” and then walking away, for him was incomprehensible. Can you imagine going to a shop in your home country, walking away and being called back: “Hey, you didn’t pay!”, on which your response is: ”That’s right, bye bye.” 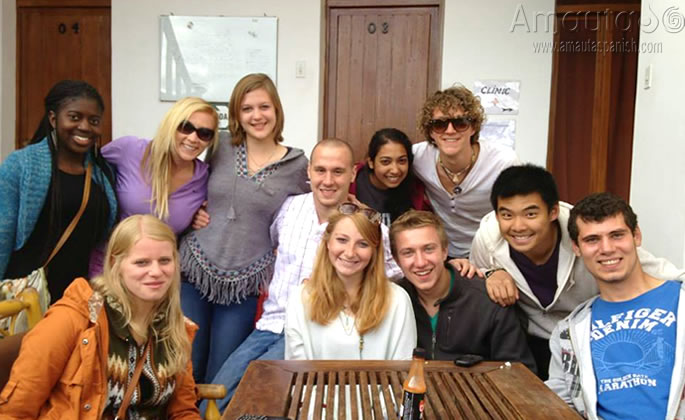 What I also noticed is that Spanish students in Cusco often struggle with numbers in Spanish. The Cinco (5), quince (15), cincuenta (50) and quinientos 500 are confusing for some. Especially the five hundred is interesting. You say 100 (cien), 200 (doscientos), 300 (trescientos), 400 (quatrocientos) but no cincocientos for 500.

There also is some confusion between “bien” and “Bueno” among the Spanish students in Cusco. Both mean more or less ‘good’. Bueno is used in combination with a noun. 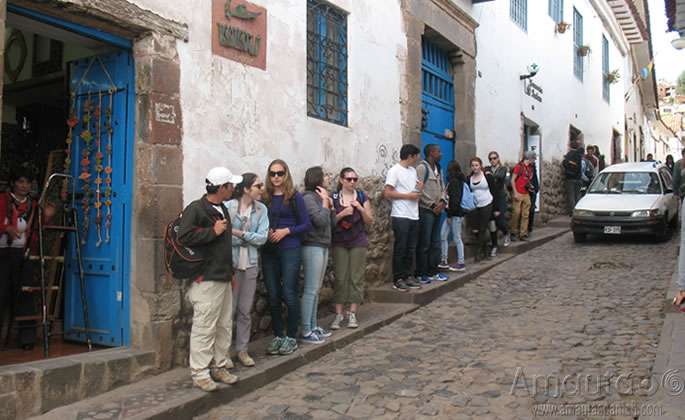 No matter the struggles and difficulties, what I mainly see here are happy Spanish students in Cusco, enthusiastic about learning a new language. When it is time for them to leave Cusco they usually say a few words of thanks to the teachers: in Spanish!