Visiting the Oktoberfest in Argentina

Every year many Argentineans and tourists in Argentina come together in a small village in the mountains in Cordoba, called “Villa General Belgrano”, to celebrate the National Beer Festival. This typical German village in Central Argentina was founded in the 30s by two Germans, Jorge and Paul Kappuhn Heintze. Villa General Belgrano looks like an authentic alpine village, with houses with red gabled roofs, colorful gardens and plenty of wood. 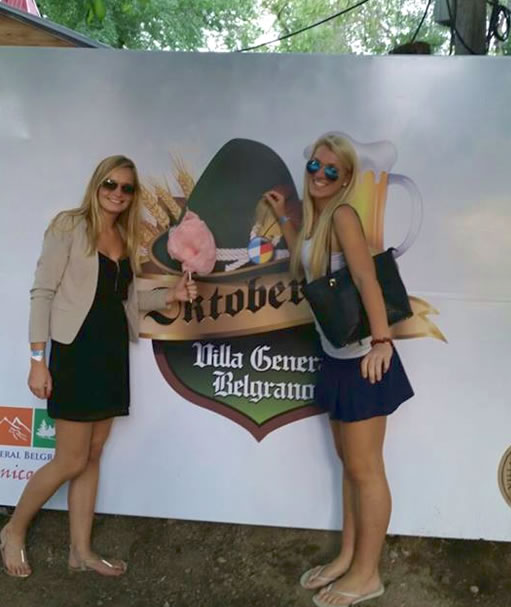 From the moment we got off the bus, the Oktoberfest was everywhere, one big party. There were people dancing on the streets all over the village and the restaurants serve typical German dishes such as: Bratwurst, Schnitzel and Sauerkraut. Fortunately we were not the only visitors without the dirnl, the typical German Oktoberfest dress. 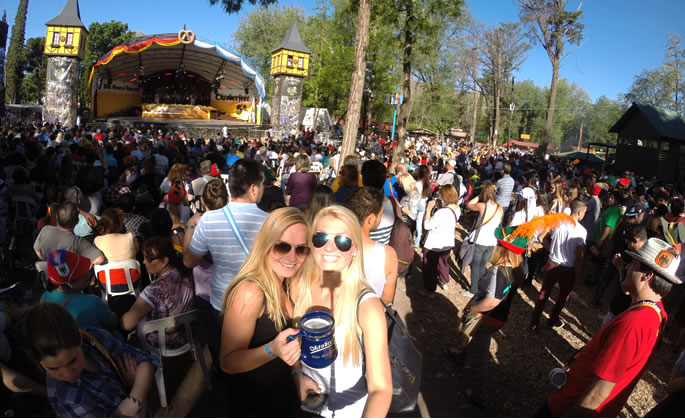 Upon arrival at the entrance, we noticed that all people had a big beer glass attached to them, fastened with a cord.  At the bar, we found out why: you need your own big mug to get a beer. So we went all the way back to the entrance to buy one. From the moment we arrived here, we felt “famous”: because of our blond hair, many people wanted to take pictures with us. 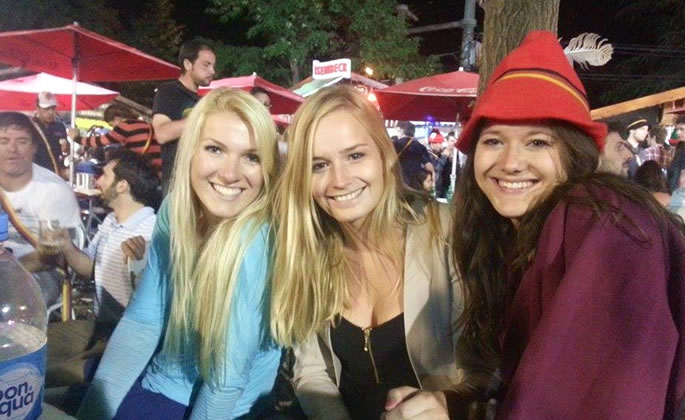 The Oktoberfest in Argentina is a bit different than the Oktoberfest in Germany. The Warsteiner beer and the Bratwurst are the same, but the main difference is there is no band in Villa General Belgrano with (only) German music. Here in Argentina, there are many shows with different music. There were performances of different delegations around Europe who represent there typical dance and costumes: groups from Germany, Denmark, Scotland, Spain, Canary Islands, Yugoslavia, Sweden, Portugal, Brazil, Greece, Italy, Armenia and Ukraine. 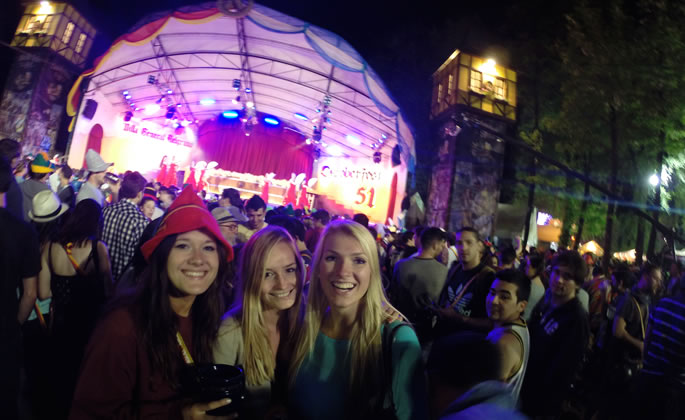 After dancing and partying , the Oktoberfest finished for us with a big schnitzel. We had a great time at Villa General Belgrano and if you study Spanish in Argentina during the month of October, I certainly recommend you visit the Argentine Oktoberfest.

One thought on “Visiting the Oktoberfest in Argentina”