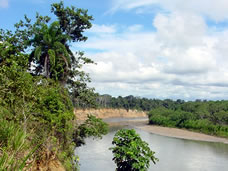 Peru has a great richness of flora and fauna. The immense variety is determined by the existence of around 96 ecological zones, grouped in eight great natural regions. Dr. Javier Pulgar Vidal and other students did a series of investigations to describe the complete geography of Peru. These investigations included research into who are the ancestors of the Andean man, research into these geographic zones since the time of the Incas, how the were named and worked, and how the Incas gained the optimal agricultural results.

The eight regions are:

The Eastern slopes of the Andes:

The Western Slopes of the Andes:

The Eastern slopes of the Andes 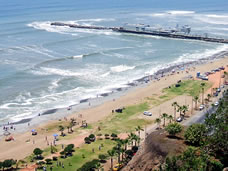 The word Chala in the Quechua language means maize plant, and in the Aymara language “Heaps of clouds”. The Chala region has marine vegetation, islands, ravines, marshes and cultivated fields.

We can highlight the following plants: the carob tree, the wild cane, the bobo bird, (Tessaria integrifolia) totora reed (used in the manufacture of mats, baskets, cages, etc.), rushes (to make rafts, mats and seats, etc.), the Coconut palm, date palm, olive trees and grapevines from which Pisco, and high quality wine is made. From 1930 an experiment in forestation has been carried out in hills of Lachay. The fauna is represented by guano birds, the sea lion and owls. 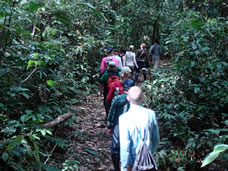 The Yunga region also has a Quechua name – Warm valley. The vegetation includes molle, a typical tree, also avocado, lucuma (a typical fruit from the region), the custard apple, the guava, the plum trees, citrus fruits and sugar cane. The most common birds are the chaucato and the taurigaray. 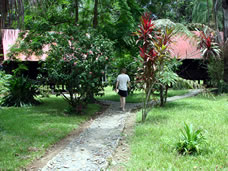 In reality, Quechua is a geographic name, it does not correspond to the language, culture or race. In Runasimi, the name means “the land of the temperate climate”. Maize is the most extended native crop in Peru – it has been cultivated since centuries ago, and due to a long process of selection, there are hundreds of varieties. Wheat, which was imported from Europe, is cultivated in small quantities, and for this reason it is necessary to import it. Pumpkin, caigua (a vegetable), granadilla, tomato and papaya are grown in this zone. The most common birds are the zorzal and ruchpe. 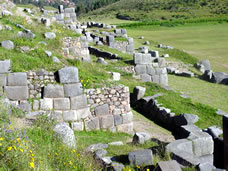 In Runasmi, Suni is “high” or “long”. The following plants grown in this region: Sauco, cantuta, (considered the sacred flower of the Incas), cola de zorro, wiñay - wayna (whose name in Runasimi means "eternal youth"), quinua, cañihua (both traditional foods of Peru), tarhui (consumed especially by the indigenous population), oca and olluco. The guinea pig and the rabbit of the Indies are common. 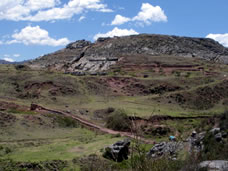 Puna means "altitude sickness" or "bad from altitude". Representative flora include ichu, the totora, rushes, diverse cactuses, barley, maca (a traditional Andean tonic which is both a nutritional and stimulating substance) and the potato (which is an important part of Peruvian ancestry, and is linked to the history and culture of the country.) In this region live Peru’s famous four legged animals: the llama, the alpaca, the vicuña and the guanaco. 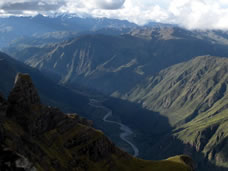 Janca, in the cauqui language (spoken in the Central mountains of Peru) means "white"; in Runasimi it corresponds to "toasted or white maize". The flora consists of mosses, grass and lichens, like the chunchuhuaita (that produce very beautiful flowers), and the pucamacashca (a grass that grows on rocks of the Cordillera Blanca). Very few animals are able to live in the Janca climate: some vicunas and alpacas, vizcacha (Andean Rabbit), chinchilla, culi-culi (a bird which lives between the ice blocks) and the cóndor (a gigantic bird that flies without beating its’ wings and is strongly associated with Peruvian culture and history).

The Western Slopes of the Andes 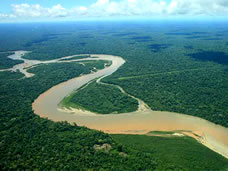 The Omagua name has different meanings. Etymologically, it means "the region of the fresh water fish". In the past the region has also been called the "Great Paititi" or the "Empire of Enim". There is not a name commonly used in all of this Amazonian region, because the tribes in their respective languages, use very different words. In this region it is easy to visit virgin forest. Well known plants are the Ayahuasca (In Runasimi it means "the rope of death”), atunsisac (which is the biggest of the flowers and which the English naturalist Lindley called Victoria Regina), the brazil nut, mahogany and rubber. The fauna consists of many mammals, birds, reptiles and fish. Paiche is the biggest fish with a bony skeleton; the lizard, charapa, taricaya and the electrical eel are other common animals. 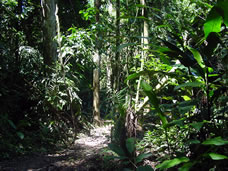 The word Rupa-Rupa comes from Quechua and signifies – “ardent”. Many species of trees in this region are exploited. The most typical plants of this region are: the Doctor Hoje, the balsa wood, the aquaje, the bread tree, the rubber tree, the oil palm and the toro-urco. The animal world is infinite. Some animals go beyond the limits of this region, like the sachavaca, the golden fish, shushupe, the cock of the rock, páucar, the mountain owl and the almaperdida (or ayaymamay).